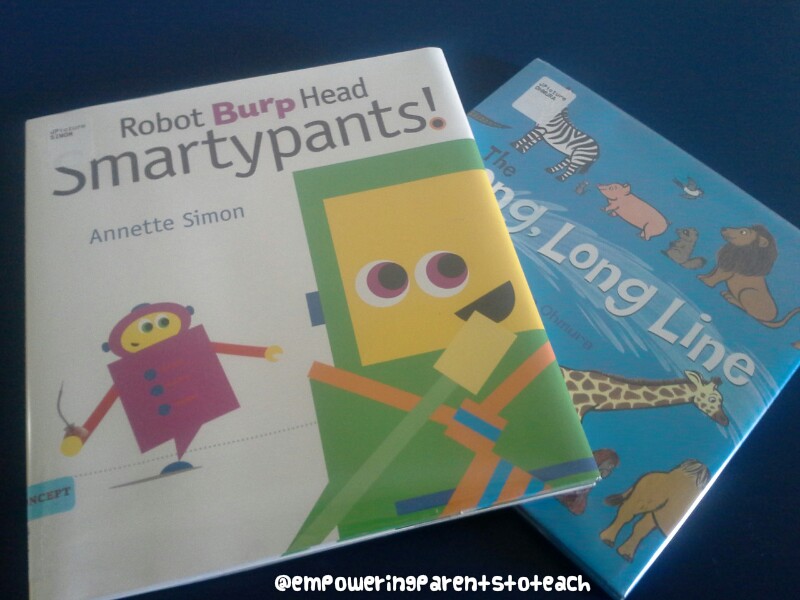 Math in Literature: Counting to Fifty

Is your little on learning how to count to fifty?  I found two fun books to help support their learning!  Read on and I will tell you more about them. 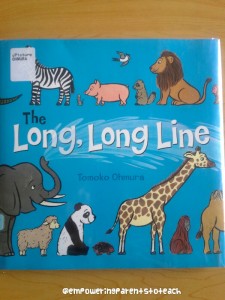 In this book, you see a long line of animals who are all waiting for something.  That something will not be revealed until the end.  Starting with fifty, each animal is numbered according to their place in line until you reach number one.  It counts down instead of counting up.  If your little one is new to counting down, you could start at the beginning of the line (end of the book) to teach counting up to fifty.  I like that it is versatile, giving you the option of counting up or down depending on how you choose to read it. Also, if your child is learning how to identify bigger numbers, you can have the child attempt to read some of the numbers along the way.

It’s also really fun to see what the animals were waiting for at the end.  The author builds anticipation through the animal’s simple dialogue to one another! 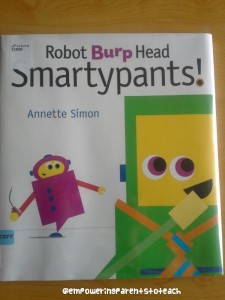 In this very silly book, two robots are trying to talk but they keep burping in the middle of their sentences.  Belching is usually met with a lot of laughs from little ones, which gets their attention!  Among the things the robot is trying to say is his numbers.  One robot manages to count to ten and then counts on by tens up to the number fifty.  So instead of counting each and every number up to fifty, they can practice skip counting.  Skip counting is a very useful skill, especially as they learn bigger and bigger numbers.

Put the two books together and your child is shown every number from one to fifty, how to count down, and counting by tens.  It’s a great combination!

If you are teaching your young one early math skills, maybe you should head to the toy store!  My secret weapon for teaching kids skills such as one to one correspondence, counting, subitizing, doubling, and adding is Parcheesi!   Disclosure: This post contains affiliate links.If you make a purchase from Amazon, I receive a very…

This book is useful for: Math: Counting up to 10, Counting by tens, Counting to 100 Science: Plants, Seeds, Ecosystems Just a few days ago on one of our trips to the library my son really wanted the book The Watermelon Seed by Greg Pizzoli, but after searching the library’s catalog we realized the…

Next ArticleOur Favorite Games and Toys for Gifted Kids