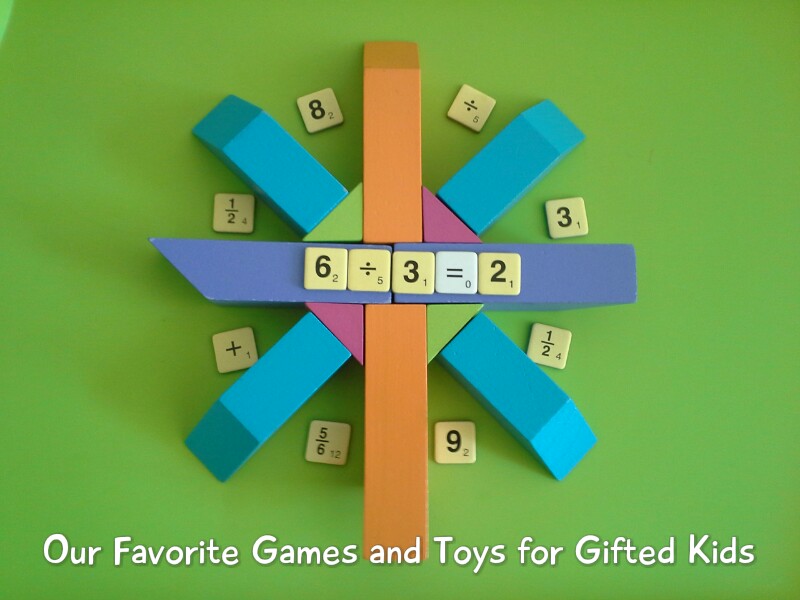 Looking for a fantastic toy or game for your Gifted little one?  I’ve compiled a list of favorites that my kids love!

My children are currently nine and four.  I have included toys and games that they either repeatedly play with or highly engage them.  To me, that is the sign of a great toy for a mind that craves mental stimulation!

FTC Disclosure: This post contains affiliate links, which means I receive a small percentage of a sale at no extra cost you.

Kids have fun building their own circuits!  My advice, don’t look at the pamphlet showing you all the circuits you can make.  Let the kids figure it out first.  There is so much learning in failed attempts.  It gives the child a chance to evaluate why the circuit isn’t working and determine how to fix it. 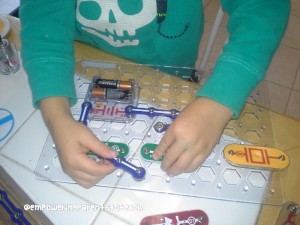 Attempting to build a circuit

Before I started lunch, I sat with my just-turned four year old and we tried to create a circuit at his request.  It took a couple of attempts, but we eventually did it together. As I was fixing lunch, he explored the toy on his own.  Some of the things I heard him say were, “…do this to complete the circuit” and “If I connect this one…”.  He was fully engaged in this toy and using it in an open ended fashion.  That’s why I love it! 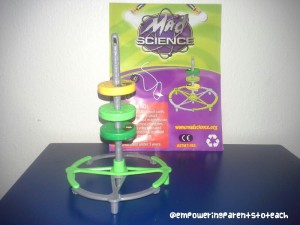 We got this kit free at an event at my oldest son’s school.  It’s from a franchise company called Mad Science.  In this kit, you receive three small magnets that you arrange so that they repel each other.  Since they are repelling, they appear to be floating on the small rod.  It is an awesome hands on way to learn about magnets and how they behave.  The child can test different ways of arranging the magnets to see what would happen.  If you don’t have a kit like this, it’s ok.  You may be able to make something similar at home with strong magnets from a store! 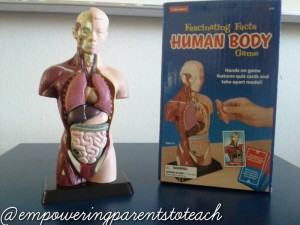 Even though this is a game, my kids have always used it like a puzzle.  They enjoy taking the body parts out and putting them back in.  In the process, the are learning some basics on where body parts are in the body, the names and general appearance of the parts.  I like the hands on nature of the toy as an introduction to human anatomy. My kids like the puzzle aspect of it!

This game is a lot like Scrabble, but instead of building words the child builds equations.  Kids get to create with all sorts of numbers, even fractions! This is the perfect game for a math loving child.  There are various levels of difficulty available.  They can build the equations mentally or use a paper and pencil to work it out before playing. It’s a very unique game. They might even make up their own way of playing!

This toy is essentially hands on geometry.  The child gets to create a pattern or picture using geometric shapes.  They can follow a given pattern or make their own design.  I like how open ended it can be and the combination of math and art.  Many kids don’t realize how much math is in art.  This would be a perfect way for a math focused child to delve into art.

This is another game that my kids use as a toy.  Maybe once they’ve actually played this as a game.  My four year is the one who really loves this.  I refer to this as hands on Tetris.  My preschooler usually tries to fit the different shaped pieces so that they all fit into the board.  It is a wonderful spatial toy!  Just by attempting this challenge he created, he has to manipulate the pieces in a way that makes them fit together in just the right way.  Without realizing it, he is practicing sliding, turning, flipping, and area.

My son loves this capture the flag style game!  You have to devise a strategy to get past your opponents troops, avoid or diffuse their bombs, and capture their hidden flag!

The goal is to get the most gems in your trough.  You have to plan your moves based on where your gems and your opponents gems are.  There is strategy involved in planning your move and anticipating your opponents move too!

This was one of my favorite games growing up.  My oldest is just now getting into it.  There is a lot of deductive reasoning involved as the player attempts to figure out a hidden color pattern.  The other player gives clues and the person solving the pattern needs to put those clues together.  It’s not as easy as it sounds sometimes.  It’s a pretty good challenge!

I hope this list helps you find a game that is just right for your little ones.  We have so many games in our house; our shelves are bursting with books and games.   I narrowed our selections down to three per category to make the list manageable.  But, I have throw in our honorable mention– Qwirkle! 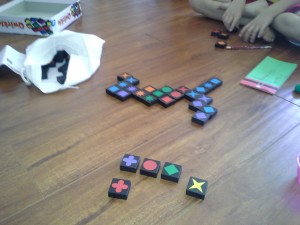 Playing a fun game of Qwirkle

We got Q-Bitz as a Christmas gift and it is absolutely amazing. I have to mention this one!