These two items are hands on materials that allow the child to actually hold each letter and play with them individually. By including all four materials (from Part 1 and Part 2) in your environment you are giving your child the opportunity to see, hear, and touch the letters in many ways!

Recognizing the letters of the Alphabet: 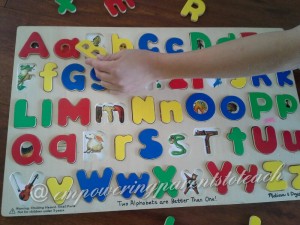 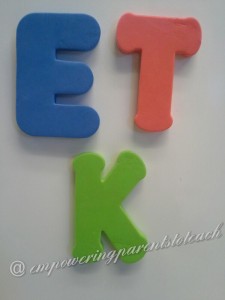 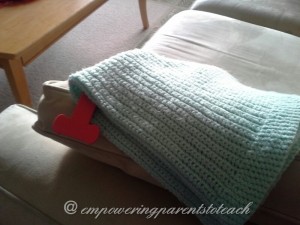 All of these things are inexpensive and easy! Remember it’s more about how to interact with your child than the toy itself!

If you want to purchase these from Amazon, just click on the picture. It will take you right to the site. *These are affiliate links. If you make a purchase from Amazon, I receive a small percentage of the sale at no extra cost to you.

Good option if you want both upper and lower case letters