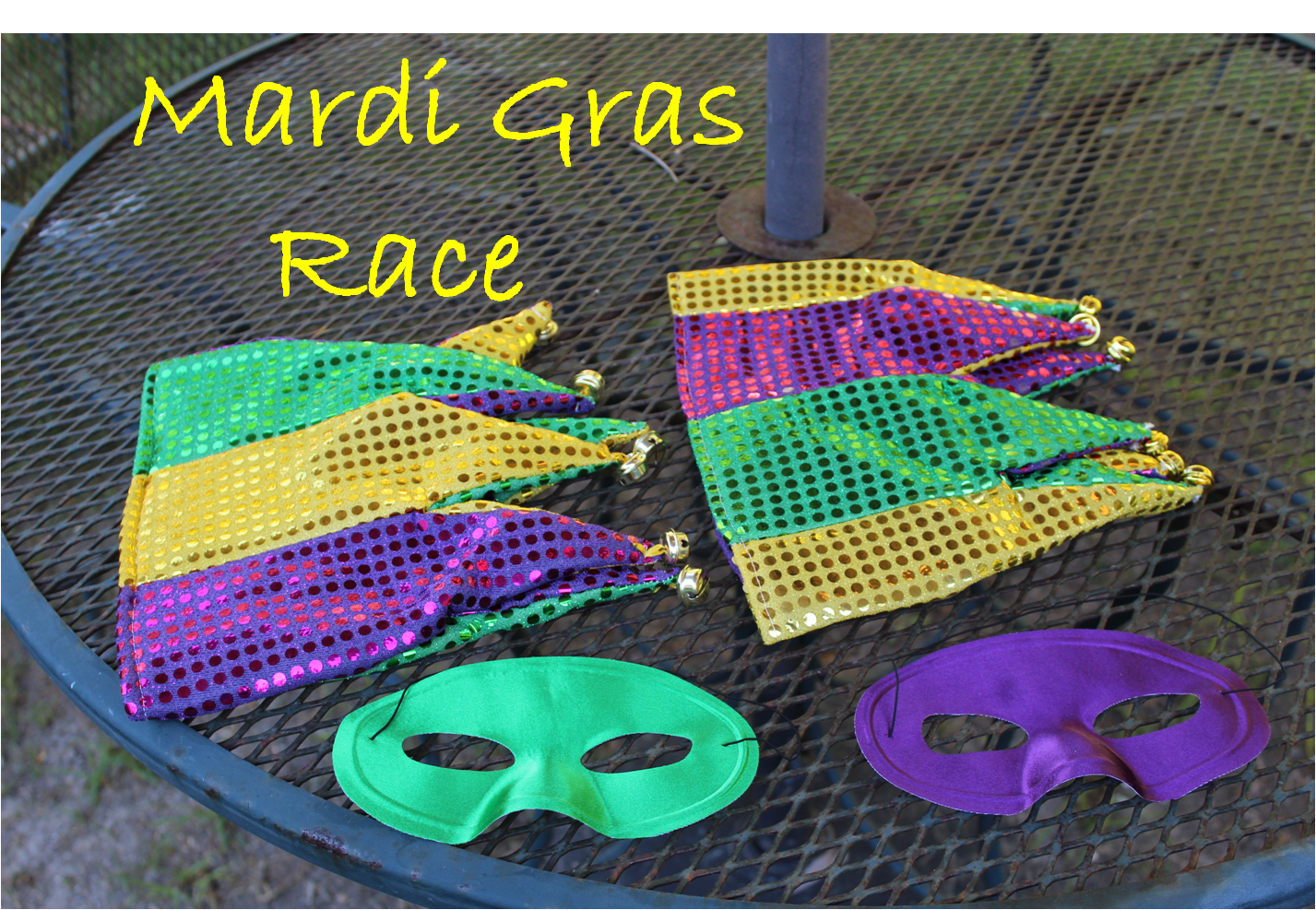 After reading the book, A Catfish Tale: A Bayou Story of the Fisherman and His Wife by Whitney Stewart

, I realized that Mardi Gras was right around the corner and my kids knew nothing about this holiday!  I decided that this year, they will learn all about Mardi Gras. I began by designing a fun Mardi Gras race that incorporated a lot of different elements found at Mardi Gras.

I did this race with my own boys. Before we began, I walked the boys through each station explaining what they were supposed to do and the significance of the activity.

Station 1:  Put On Your Costume 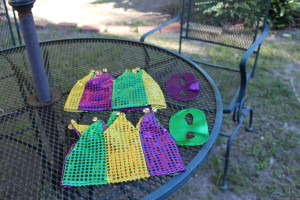 We learned from our book that during Mardi Gras there is a big parade.  People often dress up as kings, queens, jesters, or clowns.  You often see people wearing masks.  The very first station had  jester hats in Mardi Gras colors (purple, gold, and green) and masks to put on.  Once they had their hats and masks on they rushed to the next station. 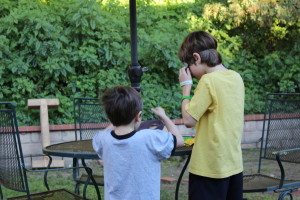 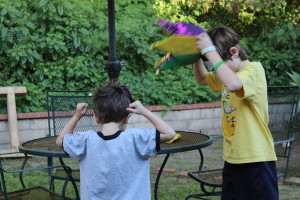 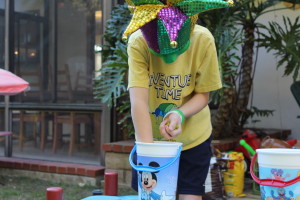 I explained to my kids that during Mardi Gras people eat a special cake called a King Cake.  Hidden in the cake is a small plastic baby.   The person who finds the baby in their piece of cake has good luck and they have to buy the King Cake next year.

In this activity, the kids will have to find the “baby” hidden in Mardi Gras colored pasta.  I did not have a baby small enough to hide, so I thought of Lego figures.  To make it even more challenging, I actually only hid a Lego head in the pasta mixture. 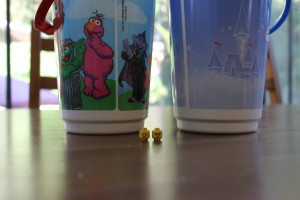 Hide the “babies” in colored pasta: 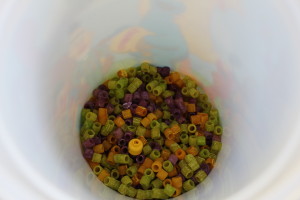 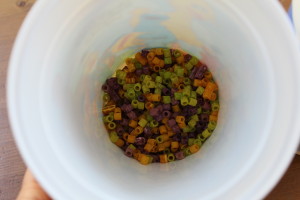 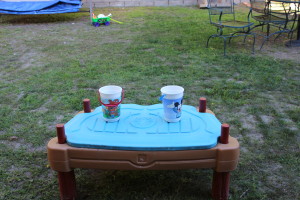 Outside, ready to go!

Searching for the Lego head (a.k.a baby) 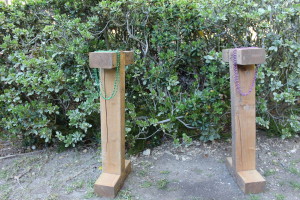 It wouldn’t be Mardi Gras without those plastic beaded necklaces.  Parade goers excitedly try to catch beaded necklaces that are tossed out.  In this activity, the kids have to throw the beaded necklaces around the wooden posts (our parade goers).  This was the trickiest station.  It was very challenging for the boys and my youngest just ended up placing the beads on!

Each kid had three necklaces to throw.  They were told ahead of time who got green and who got purple. 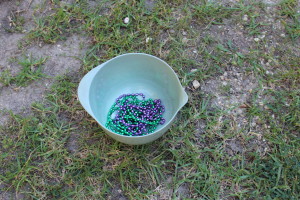 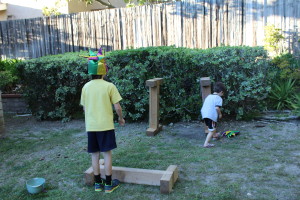 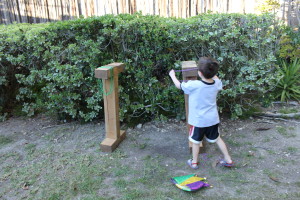 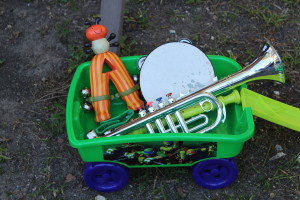 To finish the race, the boys had to pick one instrument and do three laps around the yard playing their instrument. This activity reinforced the importance of music!

That’s the end of the race!

To continue our Mardi Gras learning, we will read these books:

We will practice our French with these super cute cards:

We will also make our very own King Cake and hide a Lego minifigure in it (after baking of course!) 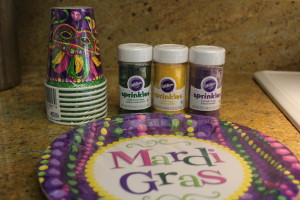