Free Play In The Kitchen

The benefits of free play can not be underestimated! In our busy lives we must remember to give children time to engage in free play everyday.

I was rummaging through my pantry for pasta to cook for my son’s lunch. Like most preschoolers he is very routine in what he eats, but today he reached in the pantry and asked for a different kind of pasta. He showed me the box and asked for Ditalini pasta (the small tube kind). I purchased that pasta a while ago to make colored pasta for him to play with. I explained to him that I had colored some of that pasta and he could play with as I cooked his lunch. He was excited! Luckily I prepared the play pasta months ago (recipe here), so it was all ready to go. It’s been sitting in my cabinet just waiting for the perfect play opportunity.

I simply got out the container of colored pasta and a cookie sheet. He played the entire time I cooked. He took handfuls of the pasta and dumped it on the cookie sheet. Shortly after that, he came over to me by the stove, opened the drawer by my side and took out the melon baller and small wooden tongs. He was getting tools to play with! He’s had many chances to explore the kitchen so he knew those items where in there. He must have thought of them as he was playing and wanted to use them with the pasta. 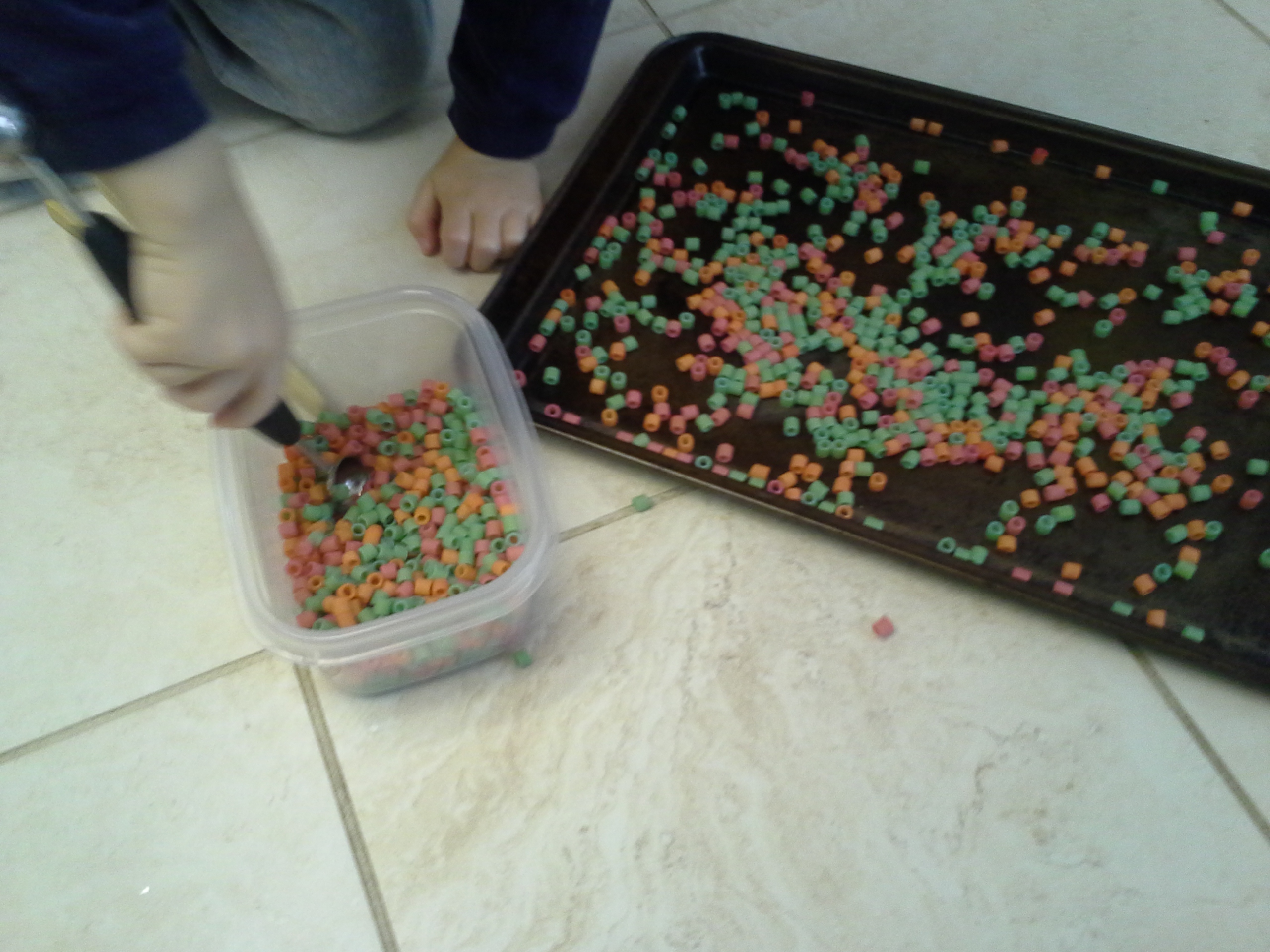 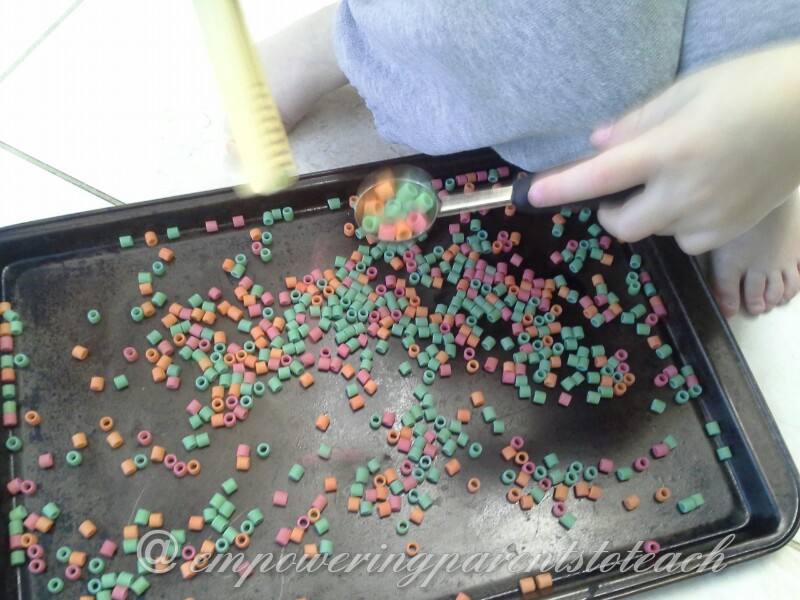 That’s when my floor starting getting very messy, because his next idea was to raise the cookie sheet on one side, watch all the pasta slide to the bottom, then lift the other side making the pasta slide back the other way.

Sliding the pasta back and forth

What he did he learn from all of this?

My job this time was to stay out of his way and let him explore!

This particular activity is NOT appropriate for all kids as the pasta was hard and uncooked making it a choking hazard for babies and unsupervised toddlers.

Bonus– He wanted to cook the colored pasta to see what happens to it when cooked. Little did we know that it would take the color right off! 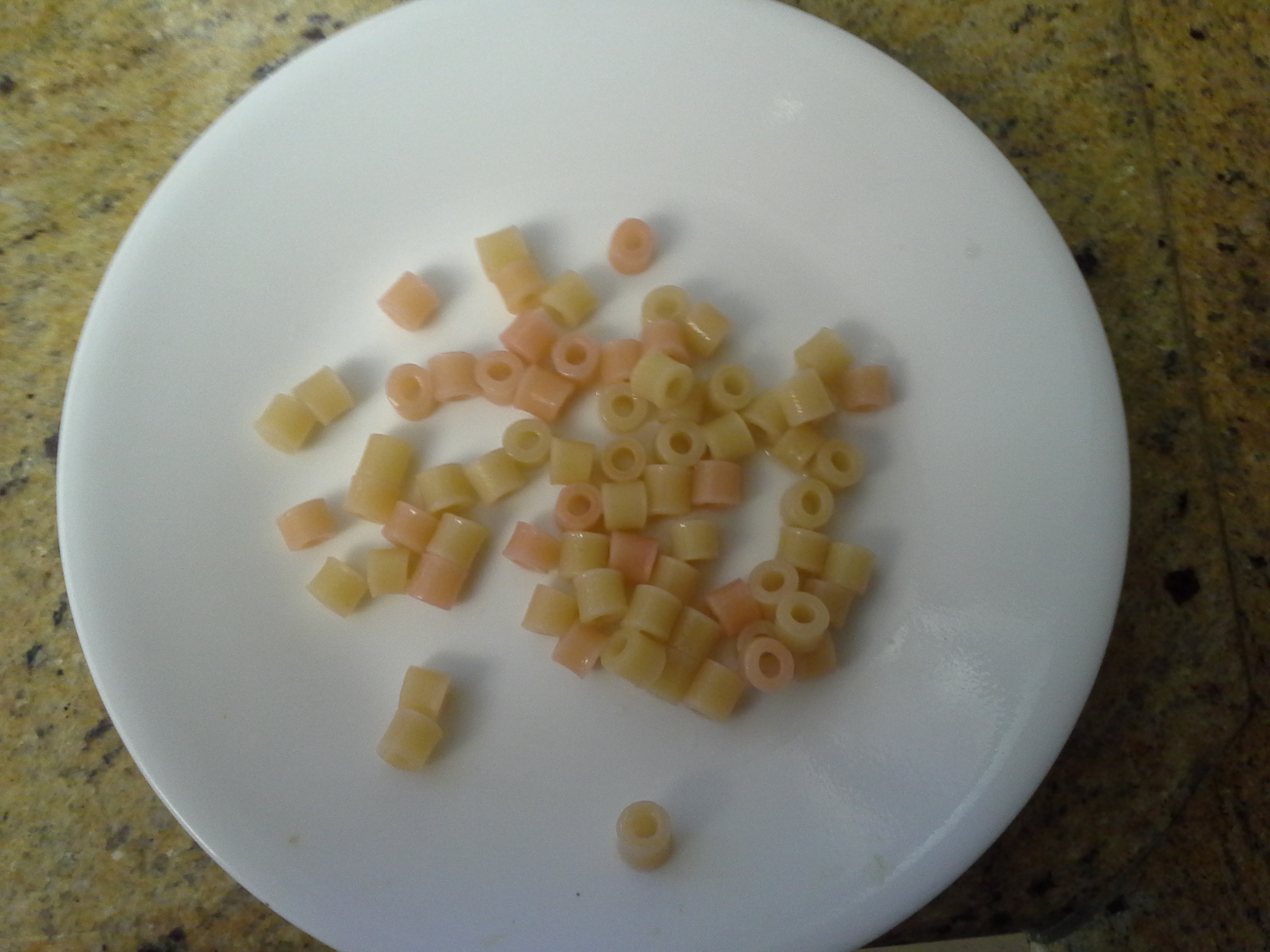 Next ArticleLearning to Read: Word Families