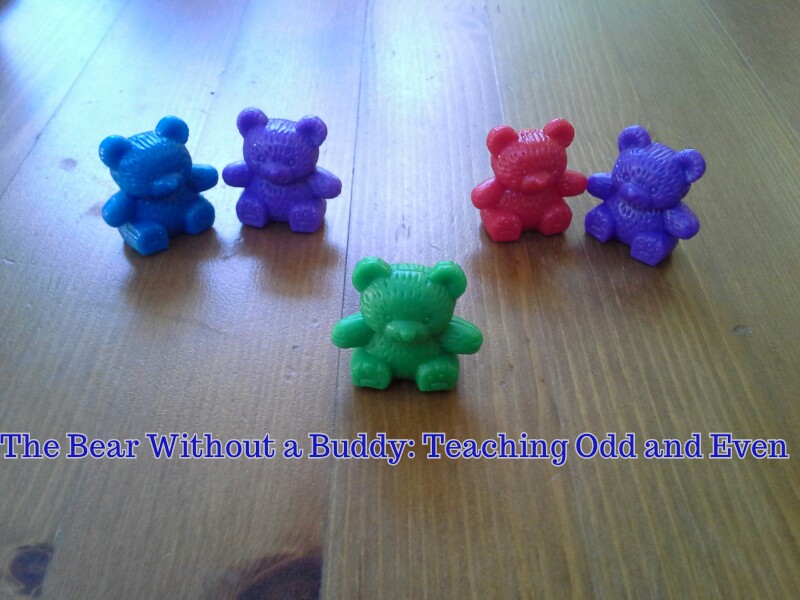 Teaching Odd and Even With Manipulatives

Looking for a hands-on way to teach your child the concept of odd and even?  You’re in the right place!

First, choose your manipulative.  Think about what your child would prefer, older children tend to like the linking cubes and younger ones enjoy the math bears.  You can use either one for this activity.  Anything small around your house would work if you have enough of them- pennies, buttons, crayons, peanuts, etc.  In this lesson, I will use math bears

1. Beforehand, make a pile of cards with odd and even numbers on them, one number per card.

2. Put the pile face down on a tray or table with your manipulatives. 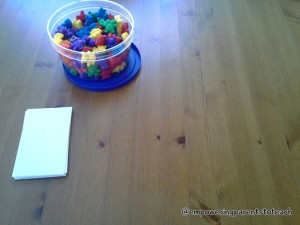 3. You, the parent, turn over the first card and say the number aloud.  Take out the corresponding numbers of bears or cubes.  For example, if you got the number five, take out five bears. 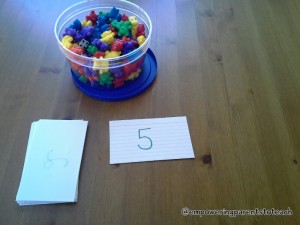 4. Show your child that you are going to match your bears with a buddy.  It helps to place the bears in two lines next to each other (see picture).  You are grouping them by twos.  I like using the math bears for this, because you can see how they look like they are holding a buddy’s hand!

Orange bear does not have a buddy.

Teaching Tip: Some times if you have a catch phrase, it helps the child remember.  Anytime a bear is without a buddy you can say, “That’s odd!” The funnier you say it, the better

5. Explain to your child that if all the bears have a buddy, the number is even.  They may notice that the two lines both have the same number of bears in even numbers. Think about if you had to share the bears evenly between you and a friend; to be even, you each need the same number of bears.  If one bear is left without a buddy (as in the case with the number 5), it’s an odd number. For older kids that understand divisibility, explain that you can divide an even number by two, but not an odd one.

6. Let your child continue pairing up the bears to see what numbers are odd and what numbers are even.  Remember your catch phrase! With enough practice they should begin to notice a pattern.  Soon, they can do this in their head without the help of manipulatives.  But, because they had the hands-on practice, they have created a concrete framework to understand the concept!!

One of our favorite picture books to help reinforce this concept is One Odd Day by Doris Fisher!

To see more ways to use the math bears, check out: Math Manipulatives Must Haves