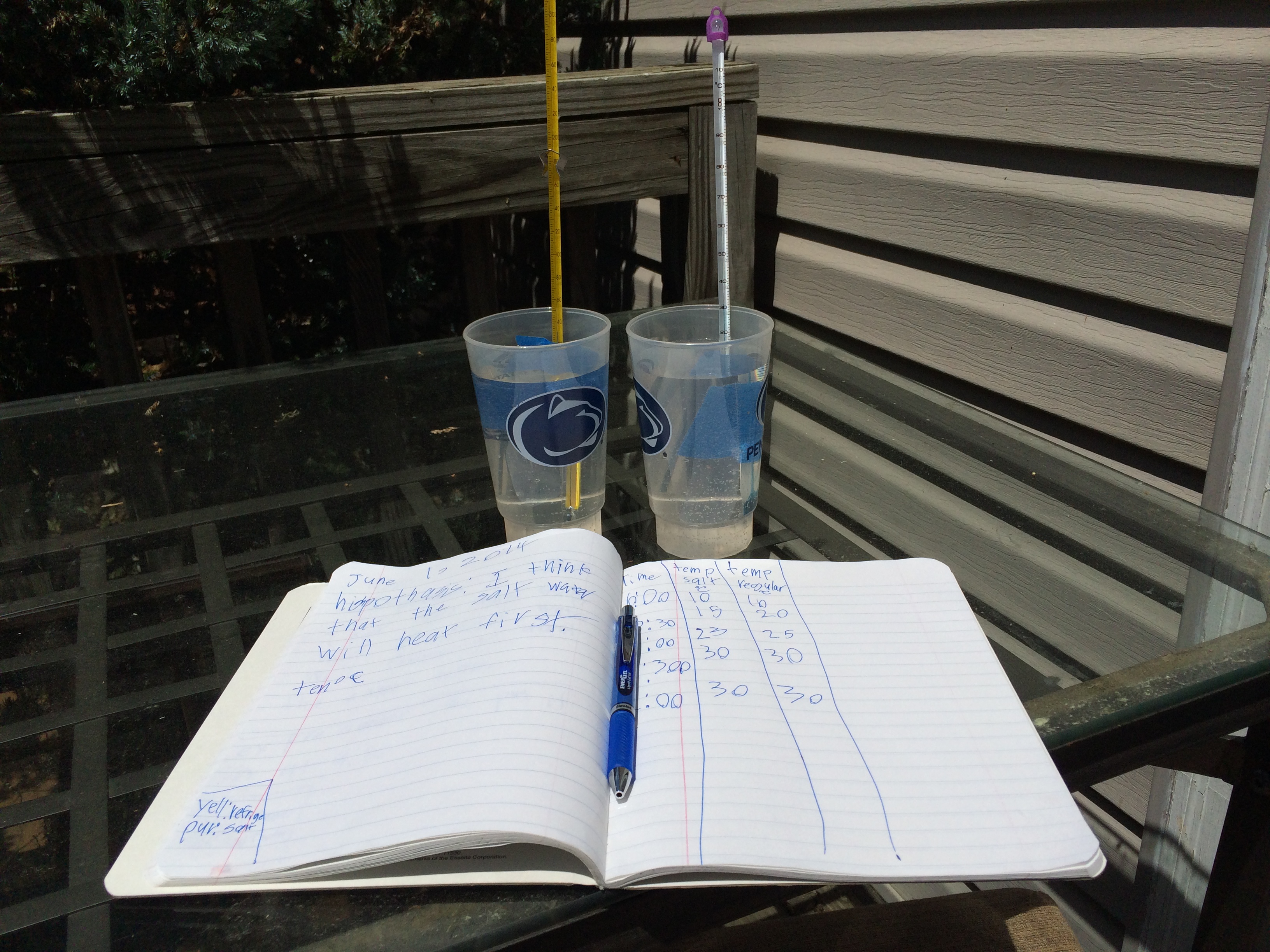 Staci is a mom and Cancer Biologist. With her expertise in science and experience as a mom, she shares with us how she incorporates science activities into her children’s everyday experiences. Her son has been really interested in oceanography, so Staci has been nurturing that curiosity with science activities and experiments at home.  Last week, she showed us one way to explore waves; today she shares some fun salinity experiments!

Salinity is defined as the salt content dissolved in water and is important in determining both chemical and physical characteristics of water, such as density and heat capacity.  This week we wondered if ocean salt water behaves differently than our water from the tap at home.  Specifically, my son wondered which water would freeze first and if the waters would heat up at different rates.

To begin, we needed to make up a salt water solution.  We learned the average salinity of the oceans is 3.5% by looking it up on Google.  A 3.5% solution is 3.5 g solute in 100 ml of solvent.  We made 1L of our salt water solution by dissolving 35 grams of table salt into 1 L of tap water. 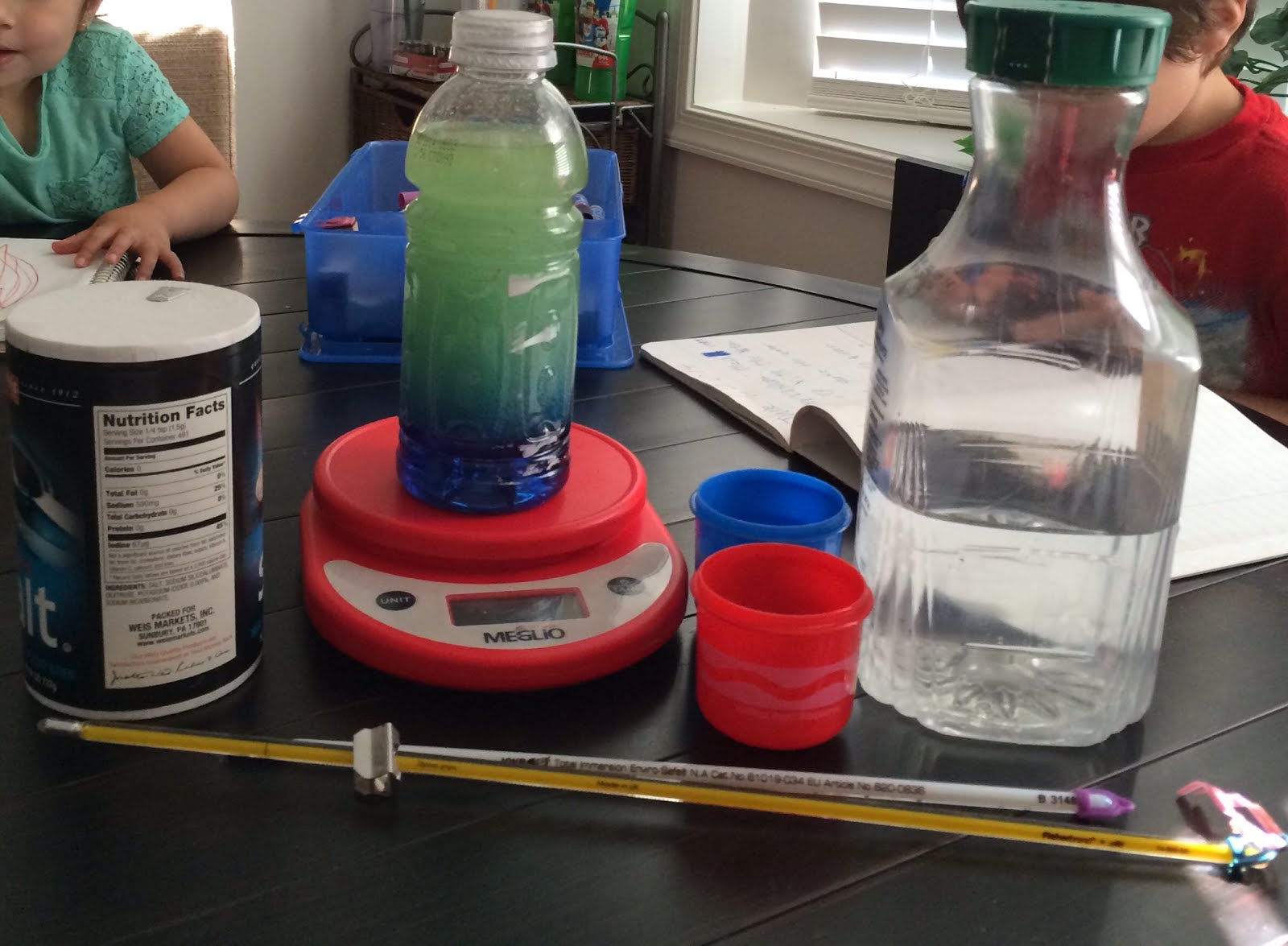 I asked my son to make a hypothesis about which solution would freeze first and why he thought that.  Using a measuring cup and identical cups, we poured water into our containers and placed them in the freezer.  We were sure to carefully note which color container held which solution in our lab notebook.  We set a timer for 15 minutes and continued to check on the containers periodically.  Which container of water began to freeze first?  How does your hypothesis compare with your observations?  What conclusions about properties of salt water can you make?

After making and recording our observations, we set out to learn the whys and hows to our data.    Both salt water and fresh water will freeze, but salt water freezes at a lower temperature. According to the National Oceanic and Atmospheric Administration (NOAA), fresh water freezes at a temperature of 0 degrees celsius, while salt water freezes at -2 degrees celsius.  The lower freezing point is due to the salt crystals disrupting the ideal crystal forming lattice that water prefers.  In order to form an ice cube, the motion of the water molecule has to be restricted in a very specific crystal structure.  When you add salt to the water, both the water molecules and the salt molecules must be restricted, which is much harder to do and this lowers the freezing temperature. Interestingly, when you have an unsaturated salt water solution, the water will begin to freeze at the top and push the salt crystals into the remaining liquid.  Because of this property, sea ice can be melted into drinking water.

If you want to take your science outside, try taking your frozen cups of salt water and tap water out to melt.  Do they melt at the same time?

The second part of our experiment explored whether salt water and tap water heated up at different rates.  After making a hypothesis, we measured equal amount of water into similar cups and attached thermometers.  We placed the cups in a sunny spot outside and took the starting temperature and continued to monitor the temperature of the waters every 30 minutes.  My son took careful notes and recorded the temperature for a few hours.  What were your observations?  Was there a difference in the heating pattern between the two waters? 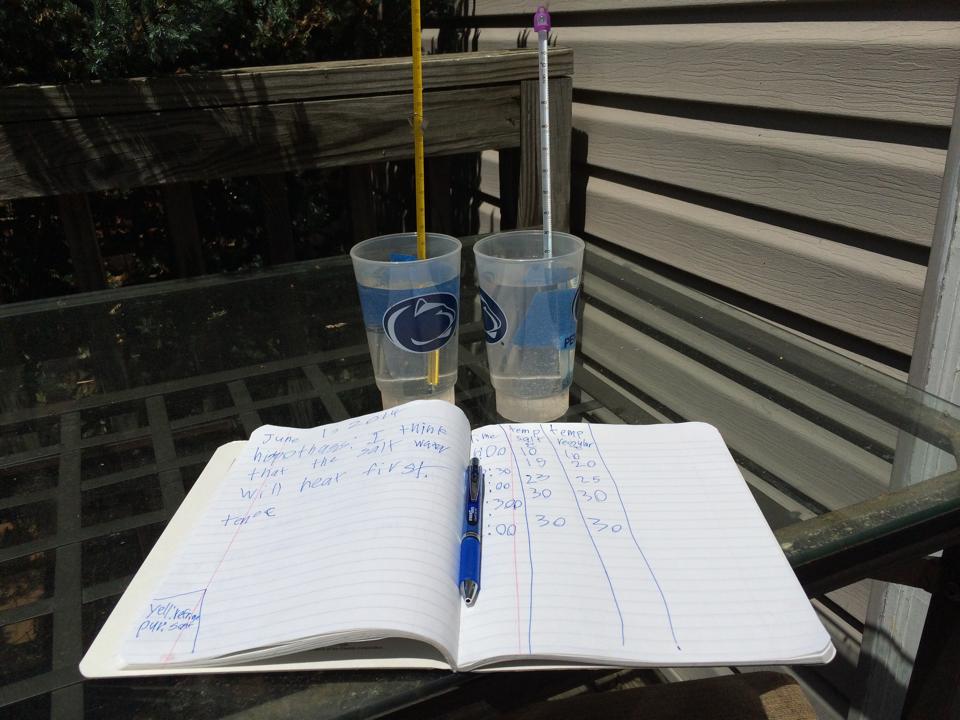 These were the first two experiments I had planned to explore the salinity of water.  In an upcoming experiment, we will determine how different salt concentrations in water affect the density of water.