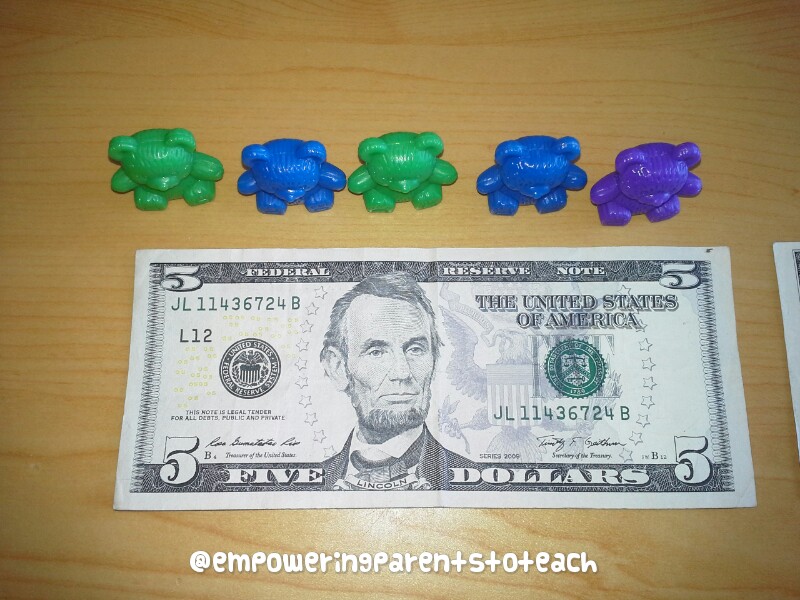 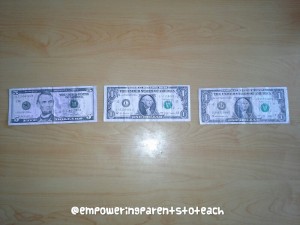 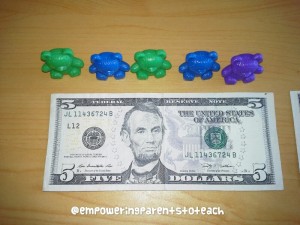 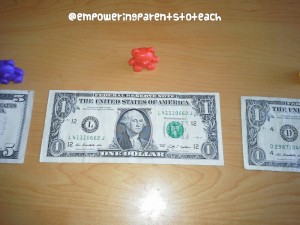 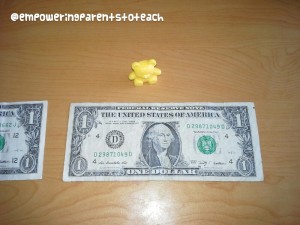 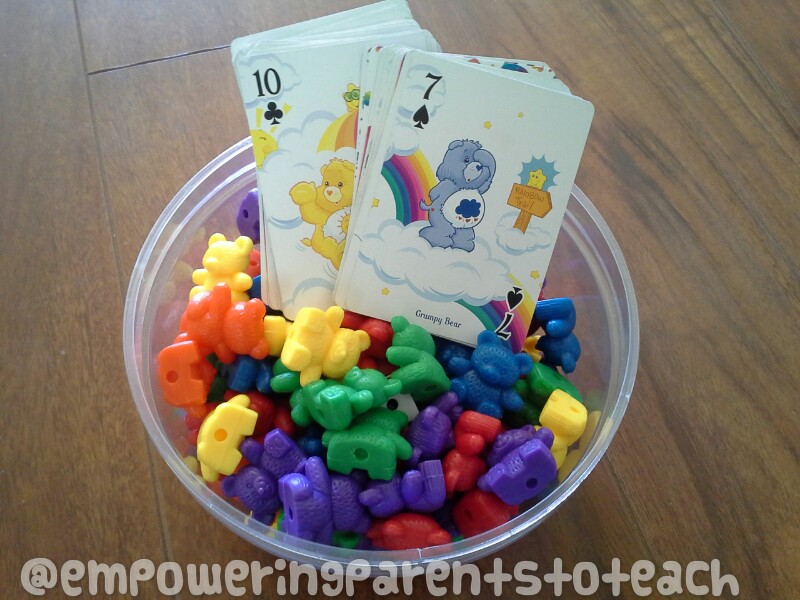 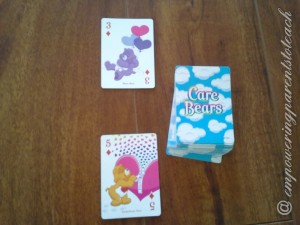 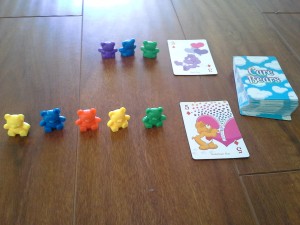 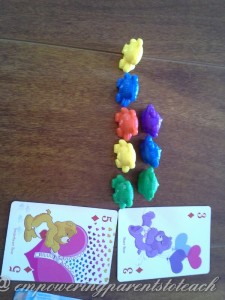 Once your child has developed one to one correspondence, he or she can begin to understand addition.  There are many ways to incorporate adding into your day.  When you are playing with cars, for example, count how many cars you have.  Ask your child, “How many cars would you have if I added two more?”  Add two more cars and count them all together.  This is how I introduce the concept of adding, in the context of play with real objects.

After the child seems comfortable with the concept, I would add the number representation of the problem along with the manipulatives.   Eventually, after a lot of practice, the child can add without the aid of objects.  But there is no rush!  You want your child to add in a hands-on fashion enough times so that he or she can form mental representations in their minds.  Until then, they need the physical representation of the problem. This takes time and practice and it is very necessary.

How to show the physical representation of an addition problem: 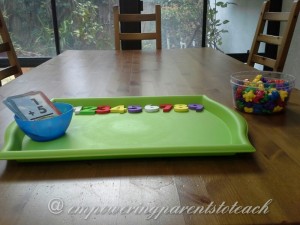 Step 1:  Draw a card with an addition problem.

Step 2:  Have the child put the corresponding number of bears for the top number and the bottom number. These two numbers are called addends. 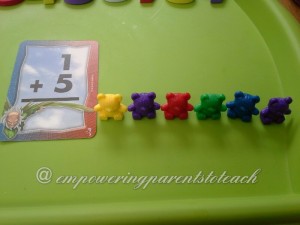 Putting them all together

I put them all together under the equal sign so that the child gets a visual image of where the answer goes.

Step 4:  Have the child find the number that corresponds to the quantity.

Teaching Tip:  As your child learns the concept of addition, he or she is also learning math vocabulary.  Words like, “plus”, “all together”, “equals”, “sum”, and “addend” are great words to include in your explanation.

The more hands on practice your child has with the concept the better!  Often times, we jump too fast into paper and pencil before the child was able to form a solid foundation of the concept.  If your child comes home with addition homework and needs your help- break out the math bears! 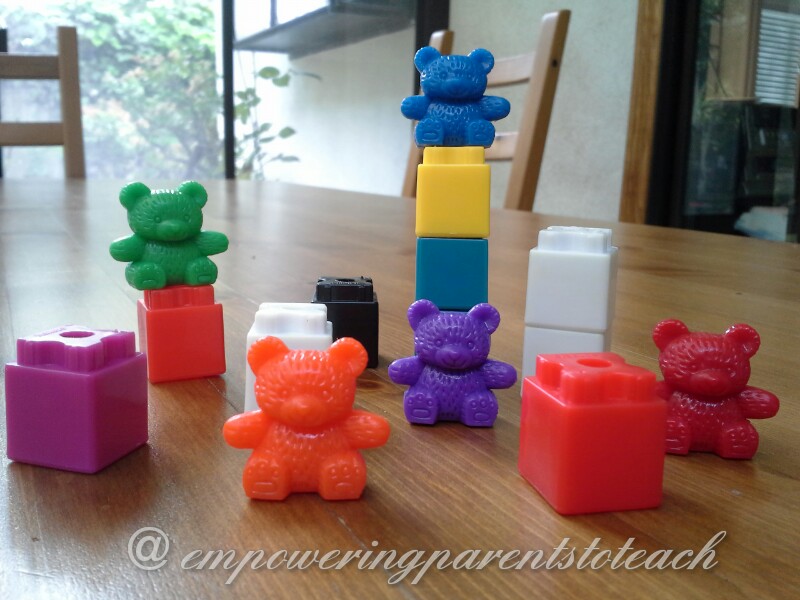 There are two items I always have around to help teach math- math bears and linking cubes. If I am tutoring, helping with my son’s homework, or trying to answer my preschooler’s math question, these two tools come in very handy!

Math is best learned in a hands on way. These two items allow me to do that by creating a physical representation of a math problem or concept. The best part is I can use them for so many things, I don’t have to buy a ton of different materials!

For older kids, there are a couple more items I like to keep around for more advanced concepts. I will share those in another post. You’d be surprised how much learning you can foster with just these two! If you are preparing your environment for teaching math, these are both great to have. 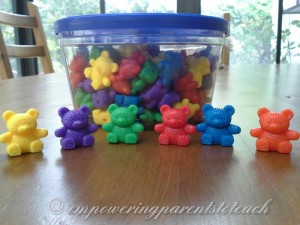 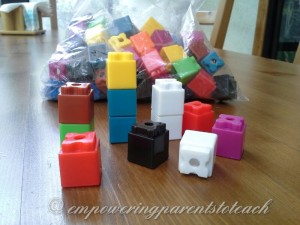 Both can be used for:

To order these on Amazon:

*These are affiliate links which means if you make a purchase from the links below, I receive a very small percentage of the sale at no extra cost to you.